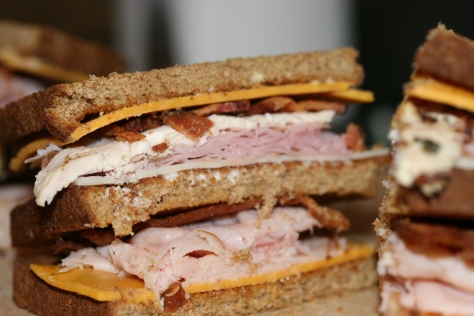 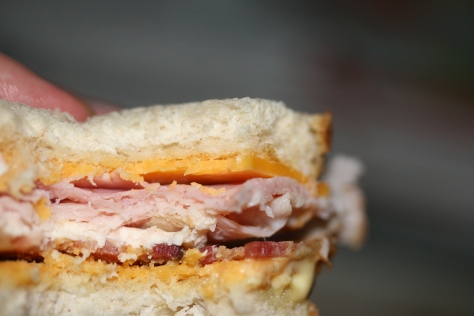 Houston’s Restaurant is one of our favorite places. They are part of Hillstone’s Restaurant Group. They have expanded to CA, NY, FL, GA etc.. We usually have dinner at the bar most Sunday evenings. We know the staff and love the food and drinks. The place feels like it is our very own Cheers.

Last year they created quite the controversy by pulling their club sandwich from their menu. It used to only be on the lunch menu but if you were in the “know” you could ask for it at dinner. Then it went on the dinner menu full time only to be yanked entirely. Jill ordered it every time so naturally was crushed at their decision to pull. She pesters the staff every time we go. In this guy’s opinion it was a good sandwich but nothing like their French Dip or Hickory Burger. They have many other great food like salads, ribs, steaks, roasted chicken and fish. It wasn’t that big of a loss for me and I would feel the same if they pull that Hickory Burger.

So I snooped around and found a copy cat Houston’s honey mustard which they serve along side their, no gone, club sandwich. I thought I would surprise Jill by trying to recreate it here at home. It has bacon, thinly sliced grilled chicken, honey ham and maple turkey with thick fresh cheddar and jack layered between three pieces of wheat toasted bread. I told her last night I was going to make it for dinner tonight and she damn near teared up. #wearefoodwhipped

I must say this was pretty darn close. The only tweak I need to make is around the bread. I need to find the right one and when I do broil it vs toasting it. The honey mustard really gave it that Houston’s familiarity. It’s hit.

I made a second one with sourdough and only used two pieces of bread vs the three that Houston’s used. Think I like this one even more. 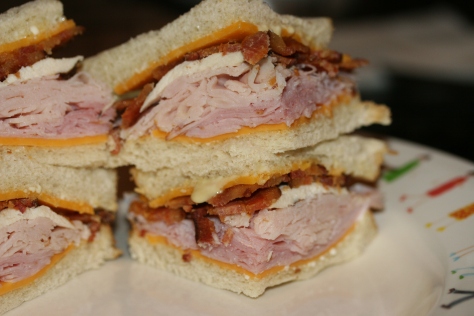 Directions:
Given that most of this is store bought it’s pretty simple after you make the honey mustard.
1. All my meats I purchased from the store prepared , except for the bacon. For expediency I cooked it in the microwave at half power until crispy.

2. Toast or better yet broil your bread until crusty. I assembled the sandwich by putting honey mustard on two pieces of bread and Duke’s Mayo on the third. I covered the honey mustard bread with Cheddar cheese and the Duke’s Mayo bread with provolone or a jack cheese. I put ham and one strip of bacon on the bottom, topped it with middle bread and then added the chicken, turkey and bacon and topped with the third bread. Cut and serve cold. 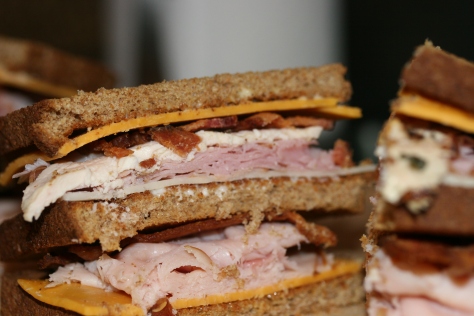 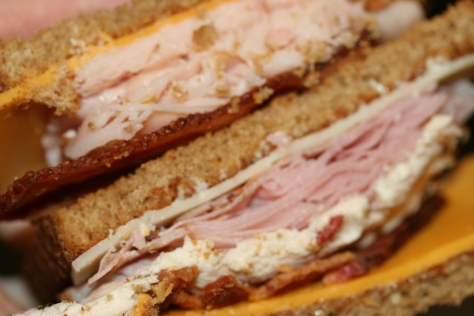 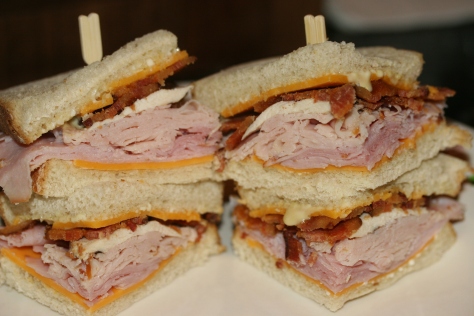 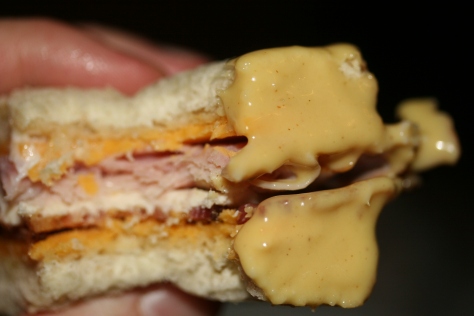