We have been running pretty hard lately with travel and events. Sunday we returned from a long weekend trip and were thrown into the work week unrested and unprepared. It was a perfect occasion for some food Rx. Jill loves pasta and lasagna in particular. I had the ingredients but didn’t have the time so I opted for a “lasagna express”. What is great about this recipe is that it’s really good but without the typical fuss of a normal lasagna where you cook and layer everything and then bake it off. The presentation of a typical lasagna is superior but if the meal is intended for consumption only, this is the way to go.

You can adjust this to your liking by using as many noodles as you like, cheeses to your preference and meat and sauces to suit your palate.

Directions:
1. In a medium heated pan add the olive oil and diced onion and cook until soft and translucent.
2. Add a splash of bone broth and the garlic and cook for 2 minutes.
3. Add the ground beef and cook until browned.

4. Add the sauces, paste, wine, and broth until you have a fairly wet sauce.
5. Snap the lasagna noodles and add them directly to the sauce and stir constantly. Make sure your sauce isn’t too thick and that the noodles aren’t sticking to the bottom. Stir for about 10 minutes until the noodles are softened.

6. Stir in 3/4 of the parmesan cheese into the sauce. Add dollops of the ricotta cheese and then top with mozzarella and the remaining parmesan cheese.
7. Broil until the cheese is melted and browned. Let it rest for 10 minutes to avoid scalding your mouth. 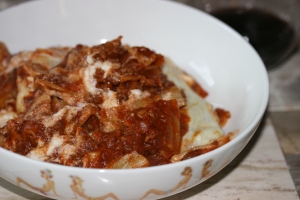 Mexican Soups or sopas are soul warming with all those flavors of spicy and salty broth with pops of peppers, cilantro, cumin, chilies. This time of year is just so great for fresh vegetables and fruits. Tonight I wanted to make a veggie packed dish that contained as many fresh veggies that I could force into the pot as possible.

When I do soups I seldom measure anything instead it’s a taste and add process. So I will do my best to remember how much of the spices I used.

Directions:
1. Super easy but a lot of chopping. I put the onion and ghee in a medium pan and cooked until lightly browned. I added the carrots, chicken and spices and stirred until chicken was mostly done. While that was cooking I light my gas burner and put the corn and peppers on it to char.

2. Everything but the zucchini, avocado and cilantro go into the pot and simmer for 30 minutes. Then I turned off the heat and added the cilantro and zucchini and stirred them for another 10 minutes or so. Taste and adjust seasoning as needed. I serve it over chips and top with cheddar, cilantro and avocado. 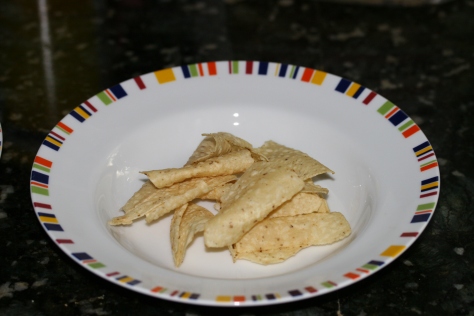 My wife bought me Louis Lambert’s cook book called Big Ranch, Big City.  Given that it is Hatch chili season, I immediately skimmed recipes that included or could accommodate this green goddess from Hatch, NM.  It’s close to the original but I increased the tomatoes, added beer and seasoning.

This is a fiery pot of earthiness. The cumin, ancho chili powder, cilantro and Hatch green chilies really ground this dish. The heat isn’t a punch you in face kind of heat but that lovely slow building heat that after the forth bite has you sweating and sniffling. Probably not a first date dish unless you’re cruel or hell bent on hooking up with a fire breather. Come to think of it, serving it to certain people might actually be fun to watch.

You will want a piece of bread or warm tortillas to help you along. If you want to dial back the heat use fewer chilies and make sure you skin the membrane on the inside (white ridges). Chicken could be a nice substitute and as a bonus it would cut down on the cook time. The fat in the pork it takes a little longer to break down.

Enjoy with a beer or milk 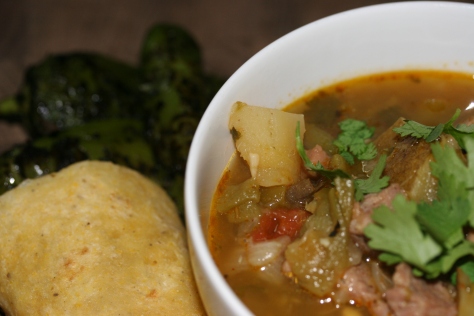 Directions:
1. Roast the chilies until their skins are blistered (broil in oven or on a grill). Once completed charred put them in a brown bag to steam or a covered bowl.  Skins should rub off. Remove the outer charred skin, cut the top and filet it open to remove seeds. Cut into ribbons and then cut crossways into small “stamps”.
2. Skillet on high heat with flavorless oil to take the heat.  Take the diced pork butt and toss with salt and pepper and add to skillet to get a nice crust on them. Remove from heat and set aside.
3. In a large pot (medium), add olive oil and add diced onion and cook until translucent. Then add your minced garlic for 1 min. Add your tomatoes and spices and cilantro, chilies, browned pork and chicken broth.
Let is simmer to break down the pork ( about 1.5 hours) then add your diced potatoes about 40mins before serving and let them get tender.